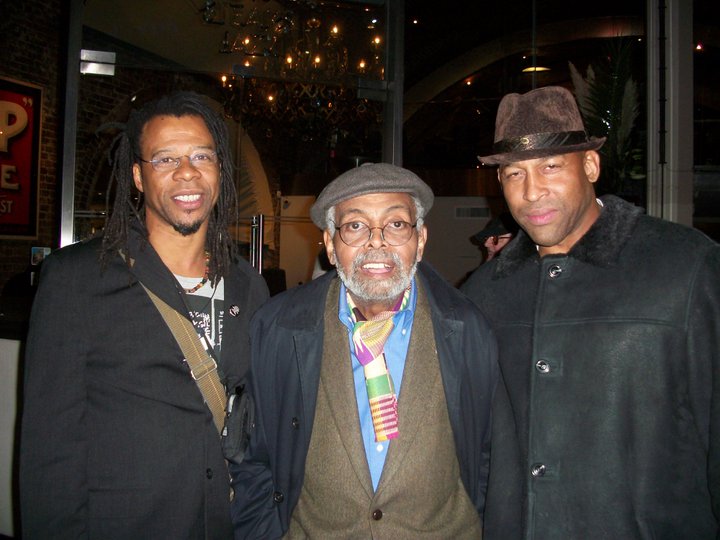 http://www.democracynow.org – We spend the hour looking at the life and legacy of Amiri Baraka, the poet, playwright and political organizer who died Thursday 9.1.2014 at the age of 79. Baraka was a leading force in the black arts movement of the 1960s and 1970s. In 1963 he published „Blues People: Negro Music in White America,“ known as the first major history of black music to be written by an African American. A year later he published a collection of poetry titled „The Dead Lecturer“ and won an Obie Award for his play, „Dutchman.“ After the assassination of Malcolm X in 1965 he moved to Harlem and founded the Black Arts Repertory Theater.

In the late 1960s, Baraka moved back to his hometown of Newark and began focusing more on political organizing, prompting the FBI to identify him as „the person who will probably emerge as the leader of the pan-African movement in the United States.“ Baraka continued writing and performing poetry up until his hospitalization late last year, leaving behind a body of work that greatly influenced a younger generation of hip-hop artists and slam poets. We are joined by four of Baraka’s longtime comrades and friends: Sonia Sanchez, a renowned writer, poet, playwright and activist; Felipe Luciano, a poet, activist, journalist and writer who was an original member of the poetry and musical group The Last Poets; Komozi Woodard, a professor of history at Sarah Lawrence College and author of „A Nation Within a Nation: Amiri Baraka and Black Power Politics“; and Larry Hamm, chairman of the People’s Organization for Progress in Newark, New Jersey.