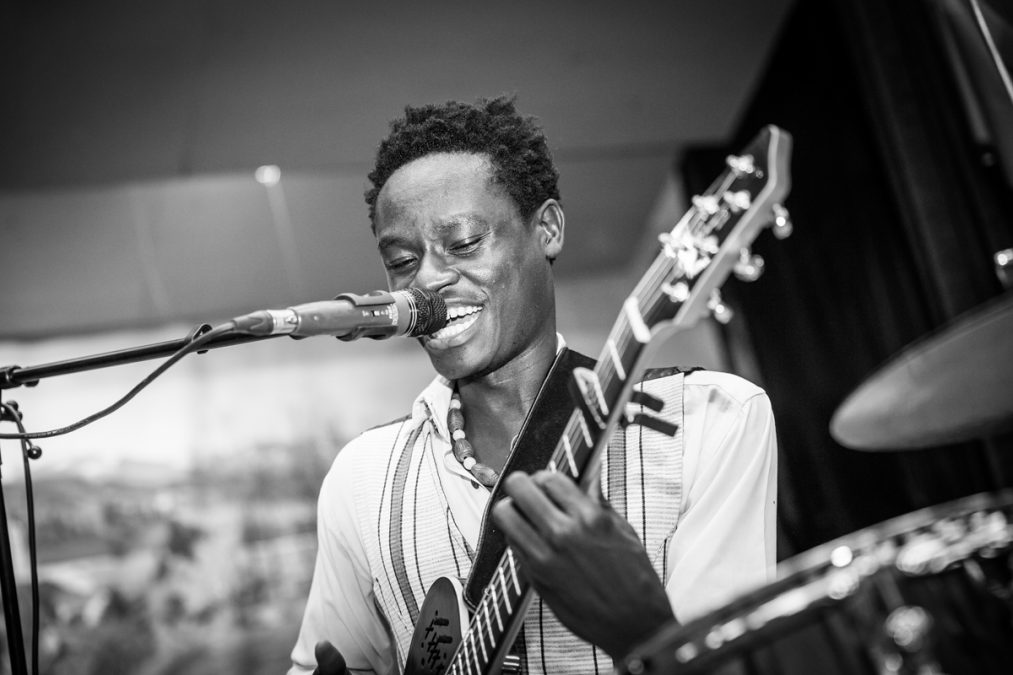 Ezé Wendtoin is an artist who yields his talents into many projects. He is a songwriter, a musician, an actor, a moderator as well as a story-teller. Originally he comes from a family of drummers, pastors and blacksmiths in Burkina Faso. At an early stage in his life, he developed an interest for the language of Goethe, which later led him to pursue a degree in German Studies with great passion. Besides the many concerts and workshops that he gives, he continued his Master’s Degree in German Studies in 2016, which he successfully completed in 2018.

Preferably, Ezé versifies, composes and sings in German, but also in French and his mother tongue Mooré. He plays the drums, the guitar, the bendré, and many other instruments from Burkina Faso. His musical combines Afro-Folk, Chanson, Punk-Rock, Latin and West-African Rhythms. His texts can be described as humorous, poetic and filled with social criticism.

His first record with Trikont is published in June!